Home Uncategorized Why use InDesign vs. Photoshop for Layout 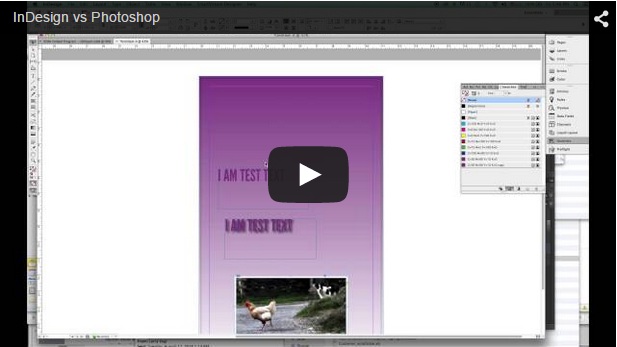 A great example of the benefits of composing and creating print files using InDesign rather than Photoshop. Besides being a great multipage tool to create print documents, ebooks and other media, InDesign can handle many of the effects that designers commonly use in Photoshop such as gradients, drop shadows, glows, etc. Keep using Photoshop for extreme text effects and photos, but use InDesign for layout, text, text with effects, and color selection.

This short video covers basic backgrounds, basic text and an image and shows how much smaller and efficient your file will be using InDesign instead of Photoshop. Creating a PDF from InDesign will give you sharp vector type, shapes and gradients while doing that in Photoshop will rasterize your type and it won’t print clearly.

Who Needs Web To Print?

There are five symptoms your company is overdue for a custom online print and fulfillment solution. In the past, a high cost of entry, clumsy web-to-print software, and limited flexibility made online print fulfillment a painful experience not for the faint of heart. Not anymore.

Printing On Plastic: Options and Advantages

Trying to find the right material to print on is always complicated, especially when it comes to plastic. Thankfully, many of these difficulties can be avoided by understanding what types of plastics can be used for printing, and which one is best for your needs.